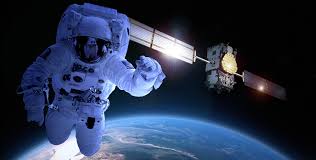 When it comes to developing as a civilization, expanding the frontiers of Space Technology is vital to our technological growth as a population. This science is often overlooked and some governments are cutting back on it due to how expensive they perceive it to be.

A few of the more recent Space Projects that may not happen are the Space Fence to clean up space junk and orbital debris, as well as the James Webb Space Telescope which could potentially discover new Earth-like planets. The James Webb Telescope would be a much more advanced replacement to the Hubble Telescope, and could help us better understand the universe.

In orbit, there are over 20,000 satellites, stage 1 shuttle parts, and other scraps of metal in the lower orbit of the Earth. Project Space Fence would have been set out in order to help clean these up, and potentially recycle the parts. Some of these are not only in a dangerously low orbit, but often collide with each other to form more debris.

The orbital space debris that is plaguing our lower orbit is becoming increasingly dangerous for us. The NASA UARS satellite fell to earth in September and that was one of the biggest satellites to fall from space. All the space junk orbiting earth could account up to around $300 billion in resources and continues to accumulate every time we send more space shuttles up into space. With collisions to other space debris and satellites, these objects break apart to form smaller pieces of debris which is not only harder to clean, but is just as dangerous if colliding with a space shuttle.